Centerprise evaluated several different options and found a solution that would meet CERN’s requirements. In order to meet the strict deadline imposed by CERN, Centerprise worked tirelessly to ensure components were delivered to their Welsh facility with sufficient time for configuration and testing before onward shipping.

Within the first few weeks of being awarded the contract, Centerprise provided remote access to one of the configured systems. This facilitated CERN’s technical team communicating delivery instructions and allowed the creation of labels and scripts for testing. After a successful deployment of the equipment, non-Intel® components remained integrated, and each system was rigorously tested beyond 48 hours with the results presented to CERN. Additionally, all equipment possessed a 3-Year warranty complete with off-site service.

"Centerprise met the criteria of our selection process and won our last call for tender for computing equipment," says Eric Bonfillou, hardware engineer and technical responsible for procurements to CERN data centre, in the Computing Facilities group of the CERN IT department. "We have been fully satisfied with Centerprise products and support throughout this period."

Centerprise Business Development Manager, Ramsey Razzak, said: “This is the third contract Centerprise has successfully delivered to CERN and I’d like to commend our bid and configuration teams for their continued delivery, as it makes my job simple. CERN is a prestigious contract for Centerprise to hold as we are not just competing against the UK; but the whole of Europe.”

Prior to this contract, Centerprise won two contracts at CERN in 2016, which totalled approximately £3.7 million. For both of these contracts, Centerprise utilised E4 Computing Engineering’s Production and Labels services and tested different solutions to find the best option to meet CERN’s requirements. Looking forward, Centerprise aims to continue tendering with CERN and is planning to double its manufacturing capability by building another facility in Caerphilly. 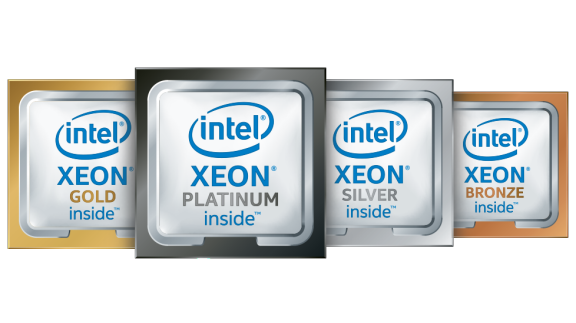 Centerprise International Ltd is a UK based organisation headquartered in Basingstoke, with a manufacturing and configuration centre in Caerphilly, Wales. Founded in 1983, Centerprise delivers client-driven IT solutions to UK MoD, ISVs, data centres, and wider public sector customers. Armed with strategic partner relationships and strong engineering capabilities, Centerprise overcomes IT challenges by adapting and designing technologies to exceed objectives. A significant factor in Centerprise’s success remains attributed to their relationship with Intel ® Corporation and their status as a platinum partner. Being an Intel® platinum partner is a mandatory requirement, stipulated in CERN’s market survey.

Centerprise Business Development Manager, Ramsey Razzak, said: “This is the third contract Centerprise has successfully delivered to CERN in two years, and I’d like to commend our bid and configuration teams for their continued delivery, as it makes my job simple. CERN is a prestigious contract for Centerprise to hold as we are not just competing against the UK, but the whole of Europe.

STFC manages the UK subscription to CERN. UK membership of CERN gives our physicists and engineers access to the experiments and allows the UK industry to bid for contracts and UK nationals to compete for jobs and research positions at CERN. CSTFC funds several large international science facilities besides CERN. The STFC Business Opportunities team works to increase the return that the UK gets from tenders and contracts at these facilities by providing free assistance to UK companies and helping them to access tenders at these facilities. The international laboratories include CERN in Geneva, Switzerland; ESO in Garching, Germany; ESS in Lund, Sweden; SKA in the UK, South Africa, and Australia; European X-FEL in Hamburg, Germany; the ESRF and the ILL in Grenoble, France; and FAIR in Darmstadt, Germany. If you would like to be alerted to upcoming tender opportunities or to hear about events to connect with the facilities, please register with us. Please note we are not involved in the contract opportunities for our national facilities.